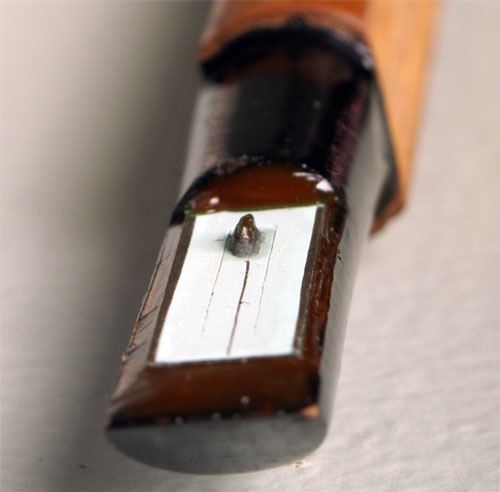 Sarah Peebles is a Toronto-based American composer, improviser and installation artist. She gathers and transforms environmental and found sound for live performance, radio and multi-channel contexts, performs the shō (the Japanese mouth-organ), and creates habitat installations which prominently feature sound. Her distinctive approaches to shō improvisation and composition, which include acoustic and digitally processed performance, draw from gagaku (Japanese court orchestra music), microtonality and psychoacoustic phenomena of this unusual instrument. Peebles' installation practice focuses on BioArt which explores the lives of native wild bees, pollination ecology and biodiversity. Her activities span Europe, North America, Asia, New Zealand, and Australia and include collaborations with a wide variety of musicians, writers and artists.
More about Sarah and Sarah's blog.

Evan Parker is widely acknowledged as "one of the music's greatest living instrumentalists" (The Times), "one of the world's finest ensemble improvisers" (Chicago Reader) and "one of the modern era's most original voices" (The Wire). "Free improvised music has accounted for most of Parker's activities over the last forty years, whether playing solo or in groups, but both jazz and art music composers have also deployed the arresting physicality of his sound as a contrasting and energising element." (Steve Lake).
More about Evan Parker

Nilan Perera has been a part of the improvised and art music community since the mid 80s starting as the guitarist of choice for the punkfunk/No Wave scene that then infected Toronto. He has performed and recorded with Evan Parker, Jandek, Mary Margaret O’Hara, John Oswald, David Toop, Eddie Prevost, Rainer Wiens and Michael Ondaatje among many others. His award winning work with multidisciplinary artist Susanna Hood has placed him in the vanguard of experimental sound artists working in performance.

Suba Sankaran's career began at an early age while studying South Indian classical singing and percussion with her father, master drummer Trichy Sankaran. She has effortlessly combined musical worlds, performing across North America, Europe, Asia and Africa with Autorickshaw, Trichy Sankaran, FreePlay Duo (with Dylan Bell) and Retrocity (80s a cappella revue), and has performed on numerous recordings and film soundtracks. Sankaran has performed for Peter Gabriel, Nelson Mandela and Bishop Tutu, and with vocal sensations Bobby McFerrin and the Swingle Singers. Suba has composed and produced music for theatre, film, radio and dance.
More about Suba Sankaran.