SOUNDS OF THE YOUNG AVANT-GARDE VOL. 03. Gaudeamus and Unsounds are indispensable actors in the avant-garde and new music field, operating internationally from their common base in the Netherlands. With the Sounds of the Young Avant-Garde Collection, they collaborate to present some of the most forward moving sounds in contemporary music, as they are created today by young and mid-career makers. The works are original commissions by Gaudeamus and are selected, produced and released by Unsounds. This joint venture secures a new lease of life for these works apart from and beyond the live music stages, ensuring the most thrilling music of our day and age is preserved as veritable future classics.

I Don't Want To Be An Individual All On My Own relates the powerful yet incomplete impressions of a childhood memory. The story takes us to a garden party where Genevieve, turning 8, and her mother, are celebrating their birthdays with friends and family. Various characters will come into focus during the evening as young Genevieve moves between her childlike world and that of the adults. We discover the people around her as she experiences them in a new light that day, becoming aware for the first time of the complexity and strangeness of everyone in her life. Curiosity and fear become the markers of a new way of experiencing the world.

Telling a personal story through a sonic narrative of songs, spoken word and sound objects, Murphy flashes a vivid light on the universal question of how to relate to others, and our own personal memories of becoming individuals, all on our own.

The album comes with a book of the text and songs by Genevieve Murphy.

Before A Decade (excerpt)

Genevieve Murphy (1988, Scotland) is a composer, performer and bagpipe player. Genevieve is known to combine performance art with contemporary classical music. Her personal experiences are a central motivation for her research and her concepts are frequently based around memory, psychology and disability.

Gaudeamus has built up a strong relationship with Genevieve Murphy in recent years, in particular through commissions (International Ensemble Modern Academy, Offspring and Diamanda Dramm). Gaudeamus has also supported Genevieve's trajectory with NB Projects, inviting her with her first performance as 'Nieuwe Maker' in Utrecht in collaboration with SPRING festival. The songs on this album are featured in the 2nd production within her 'Nieuwe Maker trajectory' at NB projects, and the last song in the album, “For Them To Fear Us," was first written for Ensemble Offspring. I Don't Want To Be An Individual All On My Own was premiered onstage during the Spring Festival, Utrecht, October 2020. Production: Nicole Beutler Projects. 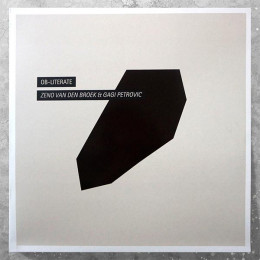