A selection of the sessions recorded at Xavier Veilhan's Studio Venezia, Venice Biennale 2017.

In 2017 Xavier Veilhan invited us to take part in his ‘Studio Venezia’ at the French pavilion for the 57th Venice Art Biennale. Our two days residency took place on October 23-24, and was part of a series in part curated by Lionel Bovier, Christian Marclay and Enrico Bettinello, where invited musicians were recording and performing in the studio throughout the duration of the festival.

Veilhan writes himself:
“I imagine an overall environment: an immersive installation that propels visitors to the world of the recording studio and that is inspired by the pioneering work of Kurt Schwitters, the Merzbau (1923-1937). Musicians from all backgrounds are invited to bring this recording studio-sculpture to life, as it becomes home to their creations during the seven months of the Biennale. The pavilion merges visual art and music, with a nod not only to Bauhaus and to the experiments of Black Mountain College but also Doug Aitken’s “Station to Station”. 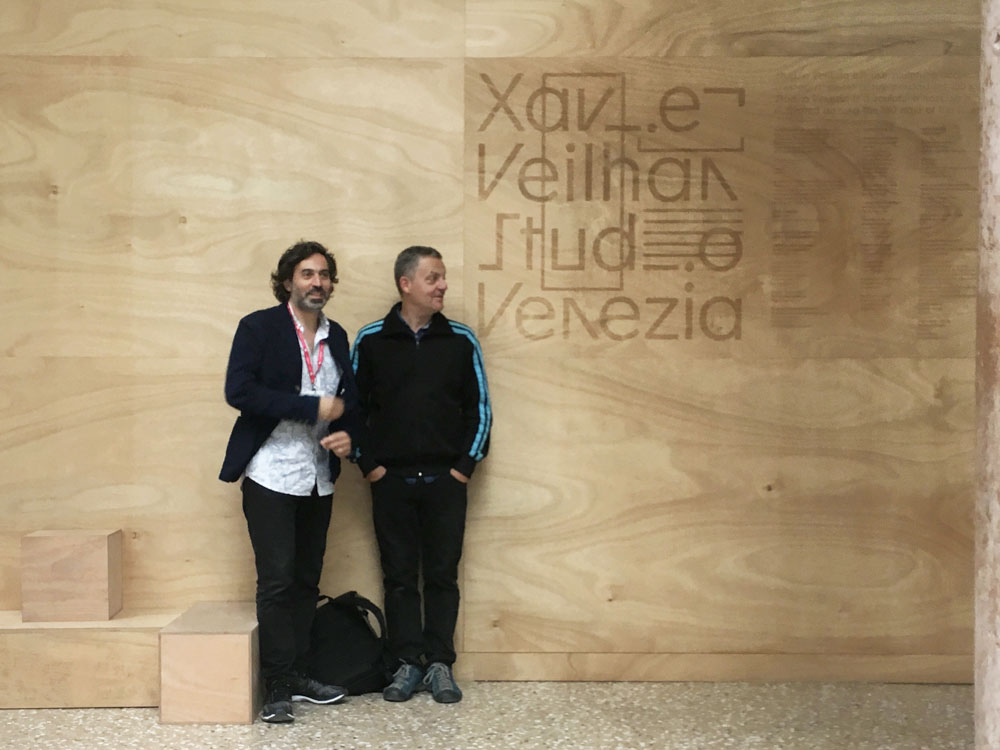